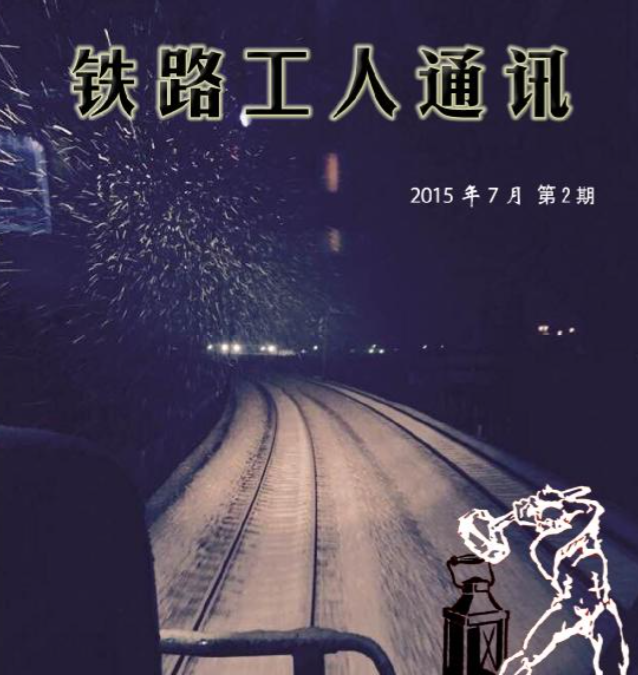 Part Five in a series of translations from the independent workers’ newsletter Railroad Workers Bulletin (铁路工人通讯). For background see the “Prologue” to issue #1, “Tales of Rights Defense“, “Farewell, Director!” and “Guiyang’s Casualized Train Attendants Fight Back.” Below is a translation of “Why railway workers are dissatisfied with the status quo” (为什么铁路工人不满现状) from issue #2 (July 2015). The original is available here: 铁路工人通讯第2期.

Note from the editors of Railroad Workers Bulletin: This article was first published on April 16, 2011 in a railroader forum by a user named “1070351467.” At that time, Liu Zhijun was still head of the Ministry of Railways.1 When this article was reposted later, someone added “Wang Yongping, spokesperson of the Ministry of Railways” at the beginning and some redundant bits at the end. The version below corrects some minor mistakes from the original. While the article provides a precise description of the current situation of railway workers, it does not adequately address the role of leading cadres [i.e. managers and Communist Party branch leaders]. It seems that the author is not willing to expose “the antagonisms at the heart of the current relations between the cadres and the masses.” This becomes obvious in point number 8 below.

According to the various accounts of railway workers that I have heard and seen, the majority of them express dissatisfaction with the current situation of [China’s] railways. Investigating the causes for this discontent, I would like to highlight the following main reasons:

(2) Workloads are excessive. These last few years, the railway hasn’t hired many new people, and there is a problem with the new workers replacing the old. There are only a few new people, and they are all college graduates. The ones who replace the frontline workers are few, and the ones that replace full-time frontline workers are even fewer. Every year, retired workers far outnumber new hires. Many positions are still held by older workers. Many positions lack workers, and the Ministry of Railways is still planning to reduce the number of employees.

(3) There’s a lot of pressure to maintain safety. This isn’t only to say that there is a lot of responsibility to ensure safety, but also that this “pressure” also includes endless safety examinations.

(4) Incomes are not guaranteed. Safety inspections all have quotas–any kind of person can come criticize and give orders to frontline workers. At every turn, there are safety inspections.

(5) The condition of equipment and facilities do not meet basic requirements, which makes things difficult for railroad employees. They risk their lives on the job. But the railroad department is always dogmatic. Leaders are allowed to give bad directions, but it’s not allowed for people below them to refuse to carry out their orders.

(6) Distribution isn’t fair. Workers who do more don’t necessarily get more, and wages can be deducted or divided without explanation. The pay gap between managers and full-time workers is enormous.

(7) There’s a feeling of not knowing what to do next. Now everyone is the child of someone rich or powerful, and if you don’t have these kinds of connections you shouldn’t bother with anything. Even more hopeless are these bloated institutions–it’s impossible to get promotions.

(8) Relations between managers [literally “cadres”] and workers are worse than ever before. This is a result of compulsion. It’s not that managers or workers are crazy, or that they naturally dislike each other. This so-called safety system has turned workers and managers into enemies.

(10) In this system, many rules and regulations seem like they are pretty good on first glance, but they’re useless in reality. If you insist on following rules and regulations, it’s easy for leaders to push responsibility to a higher level and punish workers. No one respects or pays any attention to these rules. This kind of system is fundamentally unreasonable and too complicated–there’s no way to follow the rules.

Making simple things complicated is a serious threat to safety. Making complicated things simpler can increase their serviceability and make them easier to grasp–this is beneficial to safety. But leaders like complexity–that complexity is proper, that complexity can show high technical skill. If something is hard to understand, it means that it is sophisticated. This is the railroad’s “style of work.” For example, if you need to write a notice, two or three sentences will sometimes be enough, but if you insist on making something long-winded, and start using meaningless set-phrases like “beginning from such-and-such spirit,” in the end maybe only one sentence is meaningful.

This kind of management… it’s not the kind where you think something is wrong if there’s an accident. On the contrary, you think there’s something strange only when there are no accidents!