Papering over crisis: the Chinese stock market plunge and the real economy 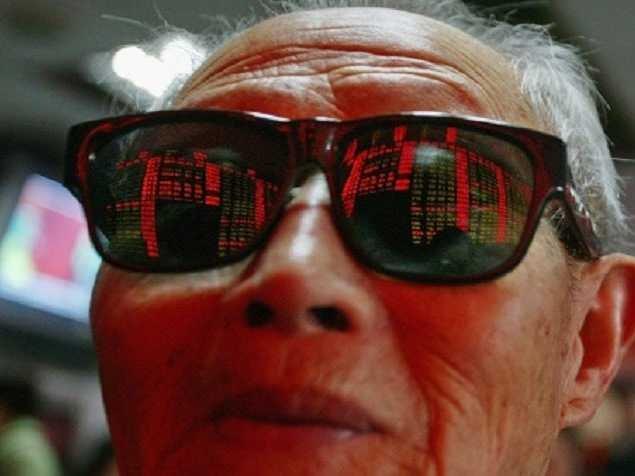 In the 1950s, Mao Zedong argued that the US was a paper tiger, that it appears strong but in reality was very weak. He began his argument by noting that the US “owes debts everywhere.” Debt is everywhere to be found in today’s China as well. Underneath the recent stock market plunge is a stalling real economy, and the government has few options left to revive it.

It should be clear from the government’s response to the plunge that they believe the stock market will have effects on the real economy. The Chinese state did everything possible to stop the drop. Clearly it believed the drop could have important consequences.

The real context within which we need to understand the significance of the plunge and the government’s response to it is the state’s attempted transition from an export and investment driven economy to a consumption driven one. The former economic strategy, in operation since the 1990s, has led to over capacity, overproduction, and over-accumulation as well as a heavy debt burden. Furthermore, increasing investments have led to decreasing returns.

When the Chinese economy was struck by the 2008 economic crisis it responded with a rapid increase in debt financed investments in State Owned Enterprises, local and regional government infrastructure investments, and a central government spending spree. This brought about a relatively quick recovery, but at a long-term price: increasing debt.

The infusion of money also quickly bled out from targeted investment sectors into the general economy, inflating prices, especially in the housing market. A triple bubble in credit, investment, and housing was the result. It is important to note that Chinese households have few options when it comes to saving. Bank savings leads to little if not negative returns, and the housing market has been the main form of Chinese household wealth accumulation. Many Chinese have bought multiple apartments for this reason, and they have left them empty and usually unfinished in order to retain their value. This housing bubble that has inflated dramatically since 2008 has led to an expansion in housing stock—mostly in higher end apartments—beyond the needs and affordability of most Chinese. The prices of these “commodity homes” were driven up by speculation; they were bought in order to be sold without their purchasers intending to ever live in them. As long as the market continued to boom, wealth accumulated and more households entered the market. (This is a not the same phenomenon as the urbanization going on in county towns across China, which is the main driver now of urbanization, and also should not be equated to the stories about “ghost cities.”) Keeping up with this speculation has led to a real estate boom, and in the process urban land deals have become a main source—about 35%–of revenue for city governments. This housing market, however, began to cool over the last year, leading to revenue problems for local states, rising unemployment and unpaid wages for construction workers, and souring investments for many households.

Over this same period, enterprise and local government debt has skyrocketed. Corporate debt is over $16 trillion or 160% of GDP (twice the rate of the US and estimated to rise rapidly over the next five year); and, local government debt (often financed through local government financing vehicles (LGFV)) has grown tremendously as well, standing at around $3 trillion in the spring of 2015. The LGFVs are responsible for much of China’s infrastructure spending. The end of the rapid rise in the real estate market has hurt local governments hard, and financing from shadow banking complicates this picture further. Bank financing has meant that debt is much more expensive in China than in developed capitalist countries. Along with lowering interest rates, the Chinese state began to phase out LGFVs through a series of bond swaps this spring, in which high-cost band debt is replaced with cheaper bonds; in the process a bond market that could more accurately price debt would be created. But this does not get rid of the debt, it simply reduces the cost of debt servicing.

So, on the one hand, the Chinese state was trying to deleverage debt but, on the other hand, keeping growth from falling below 7%. This is the “new normal”—slower but more sustainable growth—promoted by Premier Li Keqiang since he began running the economy in the spring of 2013. It encompassed a transition from an export and investment driven economy, financed primarily by state banks, to one based on consumption. To deleverage at the same time one maintains economic growth of 7%, however, is very difficult, especially at a moment in which the housing bubble has burst. And the deleveraging early this year together with the deflation of the housing bubble caused GDP growth to stall.

A growing stock market—marketizing finance—is a key feature of this transition to the “new normal.” As President Xi Jinping announced, this meant a more “decisive role of the market in allocating resources….” A healthy stock market would deal with two problems at once. It would shift financing away from debt towards equities, putting the risk on shareholders not government banks. Beginning around the summer of 2013 the state promoted IPOs and stock investment to accomplish this, and state media and agencies ramped up that promotion in the summer of 2014. Secondly, a healthy stock market would provide a new source of wealth accumulation for household now that the housing market was cooling. But that all depended on a continued rise in stock prices and that would attract ever increasing numbers of individual investors.

The state promotion of stocks led to dramatic rise in the Chinese stock market, rising around 150% over a year. In effect, the housing bubble was pushed into the stock market, inflating prices way beyond the underlying economic activity of Chinese enterprises. Much of this trading was with borrowed money.

And the bursting of the stock bubble beginning in mid-June was more dramatic than the slower let down of the housing bubble. Stock prices dropped over 30% in a couple of weeks. There were too many claims on too little exploitation of Chinese labor. And the state intervened heavily with every tool at its disposal. The state pushed brokerages and big firms to buy stock; it allowed more margin trading; it provided a massive amount of funds to back up trading; it even banned big stock holders from selling stocks for at least six months. This has stopped the plunge—how could it not when the majority of stock holdings cannot be sold! In the long run it is household that will pay. They were pushed into the market and they lost out as it dropped.

It has also thrown the transition to the “new normal,” based on equity financing, into disarray. If equity prices can only be maintained by government intervention and funds, then that in and of itself marks a failure of this transition. If the stock market does not return to its rapid growth debt financing will have to remain—debt financing is rising again—and households will again have limited options to accumulate wealth. Increasing debt will likewise drag on growth. If households aren’t able to accumulate wealth growth rates will suffer as well and, in turn, so will employment numbers. China’s economy would stall and fail to reach the high-income status that the transition is meant to attain. A key question is what this will mean for China’s working class.