“This society is creating angry youth”: memoir of a punk in Wuhan 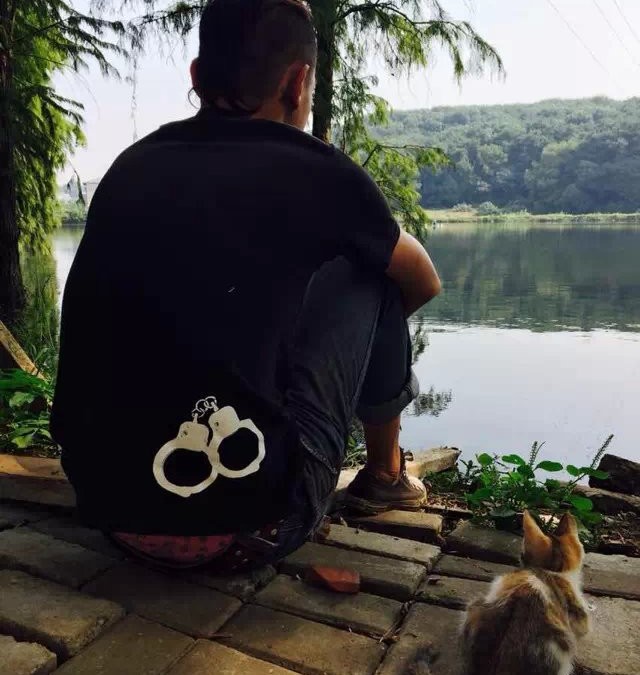 By Pengpeng (鹏鹏) from The Drifters (浪人乐队), translated by Guiling (归零). Original Chinese reposted below (can also be found on Pengpeng’s QQ space). Also see “The Alternative Education of a Chinese Punk” by Tang Shui’en, and “An Interview with Wu Wei” by Shayan Momin, both also dealing with Wuhan and its anarchistic punk subculture.

Well, first let me explain what I know about the streets of the city I live in. First, the people are diverse. They come from every corner of China, so they walk and talk in countless different ways. Second, the traffic is insane. Mopeds charge the wrong way across the streets, Ferraris and Porsches are drift and run red lights, and no telling how many people drive motorcycles without a license. Third, with China’s internationalized development, “greening” projects have become [characterized by] lake-filling privatization [填湖私有化].1 That makes me feel that the streets no longer belong to the natural world, that they’ve become an object of profiteering by government officials.

Let’s just talk about what’s close by. Optics Valley Plaza is truly a cosmopolitan plaza. Capital Tower, the library, “Spanish Style Steet,” the jungle of towering high-rises and skyscrapers: it’s an architectural battle array [阵容] of luxury, so no wonder the shitty clothes in those malls are all so expensive. Traffic cops, Chengguan2 and security guards stand in lines on both sides of the street, but so what? Powerful people can still do whatever they want. For example, street vendors from Xinjiang can sell drinks and roast mutton, but college students aren’t allowed to set up stalls to sell socks.3 Formerly public land is enclosed and turned into parking lots. What kind of people can enclose land so easily? Of course it’s the rich and powerful.

For example criminal organizations [黑社会], because you can find hoodlums [打牛的] anywhere, but what I’m talking about isn’t the image of violent turf wars that you see in Hong Kong movies, but a few local powerful groups that have arrangements with certain branches of the government. The government will delegate the administration of certain parts of the city to capable private institutions. As far as I know (demolition companies, security guard training schools, debt collection agencies, driving schools, big-name restaurants and nightclub)4 … My conclusion is: “our government is corrupt.”

I remember the year before last, my motorcycle bumped into the trunk of a car around Optics Valley roundabout. Instead of apologizing, I flew into a rage and cursed the driver for slamming on the brakes. I jumped onto the roof of the car and stomped on the sunroof until it was smashed. As a result, I was arrested. After 15 days’ detention, I was released back onto the streets. The first thing I did was go to the traffic police station in order to get my motorcycle back. But no one paid me any attention. I went to all of the dozens of offices in their two buildings, but they all dismissed me, saying “I’m not in charge of that.” I went back to the front gate and yelled: “So what if I [老子] drove without a license or license plate? Where the fuck is my motorcycle?!” Not only did I curse him, I even spit in his face – I was that angry.  Maybe he was afraid and wanted to call for reinforcement, but he turned around repeated my demand into his walkie-talkie, while I continued yelling. Before long, a neatly-dressed women stepped out of the building – I assumed she was an administrator, but she said worked for a property management [物业] company that helped manage parking lots owned by the traffic police. I kept yelling until my throat ached, and then a handsome guy in plain clothes walked up and handed me a bottle of iced tea. I accepted it gratefully, assuming he was a good guy,  until I realized that he was a middleman: if I paid him, he had the connections to get my motorcycle back. I said “forget about it.” 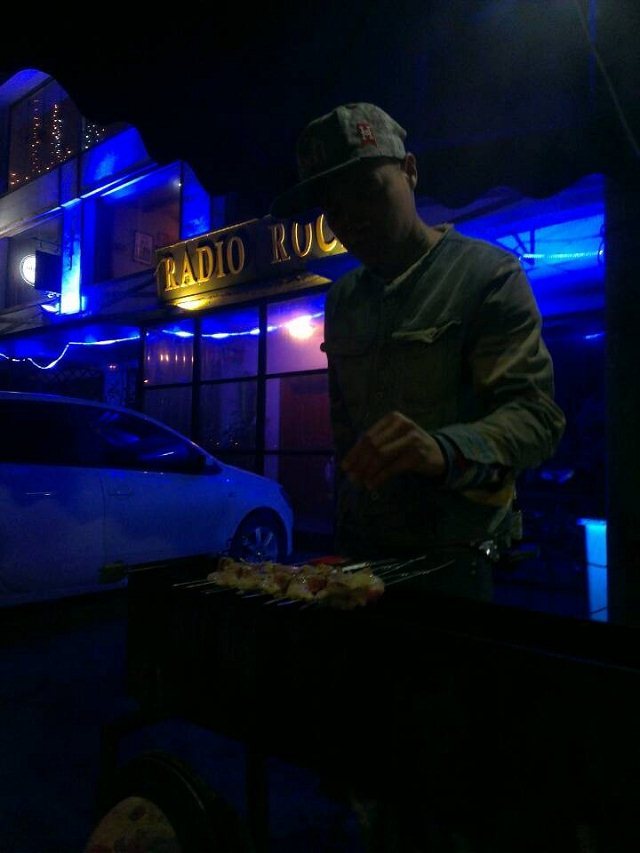 Last June, a friend and I started selling barbecue on the East Lake walking street. The first day we made 800 yuan, and I suddenly felt that my life was getting better. But such good things are always short-lived: within a month, the Chengguan confiscated our grill. This time my anger exploded even more fiercely than before: my first reaction was to smash the Chengguan’s van. Another 15 days in the detention center.

That’s my way (with some costs) of letting the Wuhan government know that this society is giving rise to a bunch of angry young people. I didn’t do anything wrong, I’m not afraid of you; if you fuck with me I’ll fight back, because I’m not Jesus nailed to a cross. Although they threw me in jail, I brag about it to show that the Communist Party also consists  of people, and they lie. Those who understand will stand up against them – not to destroy them, but just to achieve our right to freedom and equality.

Actually I don’t want to talk shit about anyone. This is just the anger generated by the reality of my situation.

In the detention center there was a man about 50 years old who entered our cell in the middle of the night, the slamming of the steel gate startling me from my dreams. Coming to my senses, what I saw was a bald middle-aged man with a blank expression. At the time was assigned the role of “supervisor” (班长) for our cell, so I indicated that he should sleep on the ninth cot behind mine, and went back to sleep.

The standard rule jail is that the new inmates should be oppressed [压迫], and this gives rise to prison gang-bosses [牢头狱霸]. With social development and the strengthening of the legal system, prisons have become much “better” [强] than in the old society, but, as the saying goes, “without rules there can be no structure” [没有规矩不成方圆]. Although today’s prisons have little beating or cursing, making China a strong humanitarian state based on the rule of law, some “civilized” prisons and detention centers still resemble the one I experienced.

The new guys are usually put on clean-up duty, and they have trouble getting on good terms with the established inmates. Because class struggle [阶级斗争] is everywhere, people always try to build up their crew and bully the weak. No lamp hesitates to burn its fuel [i.e. no one is altruistic – 没有一个省油的灯]: we established inmates won’t lightly accept friendship with the newcomers – the bottom line is that the get the cleaning done. We are just puppets of the wardens [干部].  So the CCP’s control is exercised not only through direct supervision, but also through developing an “elite” in the cells to manipulate the other inmates.

Like all newcomers, this middle-aged man poured out his heart to the one or two people next to his cot. People always play different roles in their lives, the only difference is how good one plays that role. When I found out why he had been imprisoned, I burst out laughing. But now that I’m telling his story, I want to restore the tragedy of his plight.

He was from Tianmen. One day he happened to find an ID card on the street and used it to register to use the internet at a cyber café. Not long after he got online, some cops appeared and took him away. Why? Because the ID he picked up belonged to a wanted criminal. Once he registered at the front desk, the online system automatically notified the police. There are all kinds of fish in the sea, and I didn’t pay much attention to the specific crime he was charged with. In jail I encountered even more tragic and ridiculous cases than his. These are the unpredictable risks of a precarious existence [江湖].

The Buddha said, “A butcher becomes a Buddha the moment he sets down his cleaver.” But that must be a company listed on the stock exchange. China’s ruler is still the might Communist Party!

Every day when the teacher enters the classroom, the [student] monitor shouts these slogans.

‘Lean against the wall!’

‘Sir! There are eight people in Cell Number One, we are preparing to study, please check!’

In a dark prison cell, I was elected as monitor. The cell was different from classrooms in my childhood, at least on the surface: the former innocent, the latter somehow evil.

When he was released, the old monitor gave me his special vest with pockets. He went somewhere far away, leaving to me the great responsibility of being a little leader. I told everyone that I had always been a lazy bum, so I wan’t willing to be your “public servant.” Those prisoners without pockets on their vests ingratiatingly said they would support me, so, like a duck a spit [赶鸭子上架的样子?], I muddled through two days as a monitor.

The hardest job in the world is to control another person. Though people are supposed to do their duties, during my stint as monitor, I just slept all day. Predictably, the other prisoners stopped obeying me. They broke the jail’s sleeping regulation by staying up all night and also sleeping all day. They showed me no respect and treated me like I was invisible. Things started getting out of control, so finally I exploded:

“I respect you guys, but you don’t respect me. Now things are getting ugly. If you keep dissing me, I’ll have to tell the warden, and he’ll take away your cigarettes.” Everyone smoked, so that really scared them, and finally they became obedient and stopped causing problems.

It felt good to be a leader, since everyone was kissing my ass, but I also learned that leaders are susceptible to slander. So my incarceration was a kind of growing experience.

I can’t bear this mechanistic [机制] society anymore. Everything is manipulation. 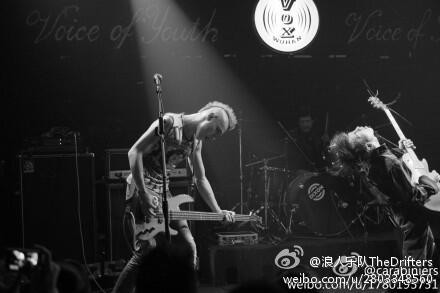