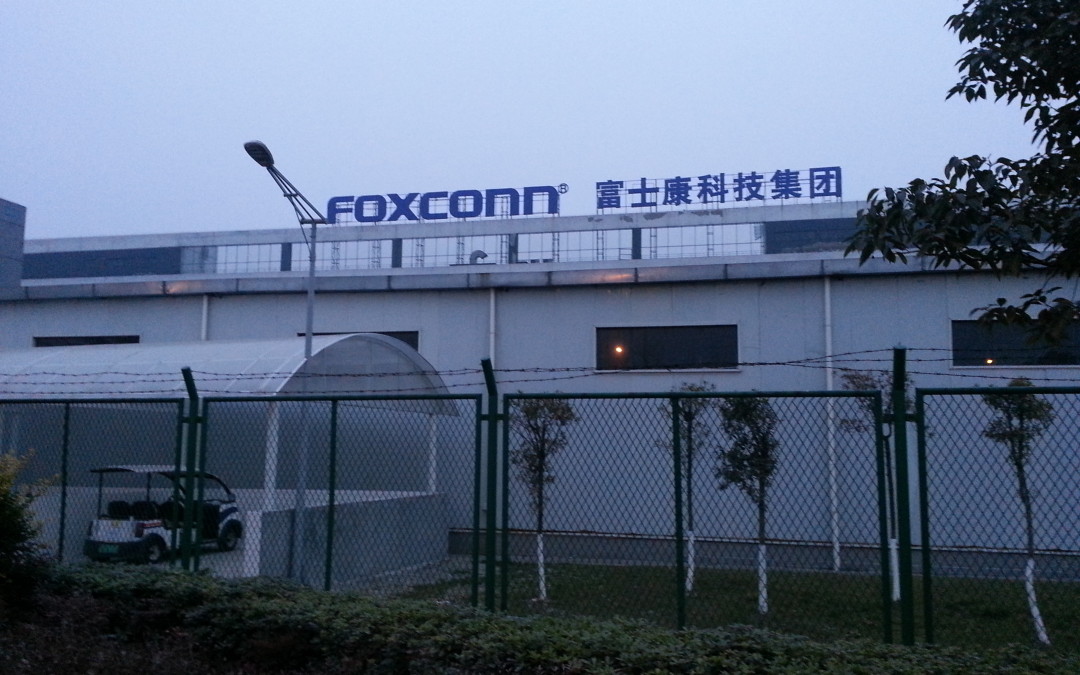 Below are translations of poems by Xu Lizhi (许立志), the Foxconn worker who took his own life on 30 September 2014, at the age of 24, in Shenzhen, China. The translations are by friends of the Nao project, starting with Xu’s departing poem and an obituary translated from the Shenzhen Evening News, followed by other poems from 2011 to 2014.

By translating these poems, we aim to memorialize Xu, share some of his excellent literary work, and spread awareness that the harsh conditions, struggles and aspirations of Chinese migrant workers (including but not limited to Foxconn) have not diminished since the more widely-publicized spate of 18 attempted Foxconn suicides in 2010, resulting in 14 deaths. Insiders report that thereafter, although the frequency of suicides decreased (mainly due to Foxconn’s installation of nets making it more difficult for workers to jump from their dormitories, along with the development of workers’ collective resistance), such suicides have continued to the present. Including Xu Lizhi, at least 8 cases have been reported in the media since 2010, but insiders say that many other cases go unreported. We hope that in the future, workers in Foxconn and elsewhere manage to find ways around such companies’ military-style discipline and surveillance, come together, and forge collective paths out of this capitalist world of death, into a world worth living in. Don’t give up!

Several of these poems were included in the Shenzhen Evening News article linked and translated below; the others are widely available on the web, such as this post on Douban. 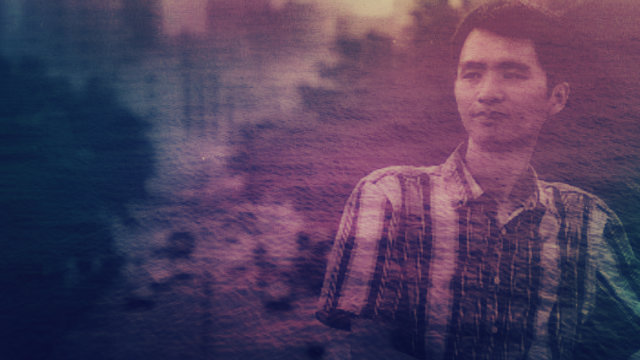 我想再看一眼大海，目睹我半生的泪水有多汪洋
I want to take another look at the ocean, behold the vastness of tears from half a lifetime

我想再爬一爬高高的山头，试着把丢失的灵魂喊回来
I want to climb another mountain, try to call back the soul that I’ve lost

我还想摸一摸天空，碰一碰那抹轻轻的蓝
I want to touch the sky, feel that blueness so light

可是这些我都办不到了，我就要离开这个世界了
But I can’t do any of this, so I’m leaving this world

所有听说过我的人们啊
Everyone who’s heard of me

不必为我的离开感到惊讶
Shouldn’t be surprised at my leaving

更不必叹息，或者悲伤
Even less should you sigh or grieve

In 2010, Xu Lizhi went [from his home in rural Jieyang, Guangdong] to work at [a] Foxconn [electronics factory in Shenzhen], beginning life on the assembly line. From 2012 until February of this year [2014], over 30 of his writings were published in Foxconn’s internal newspaper Foxconn People (富士康人), including poems, essays, film reviews, and news commentaries…. Xu posted the titles of these writings on his blog in a post called “The Maturation Given to Me by a Newspaper,” indicating his gratitude for this platform for his literary aspirations. The first time his friend Zheng (pseudonym) read Xu’s poetry, he was astonished to discover that this young man could be so talented. Henceforth, Zheng always looked for Xu’s writings in the newspaper.

Zheng’s impression was that Xu was a shy boy, “of few words, but not silent.” “Xu asserted his convictions, but he seemed quite solitary – very much the air of a poet.” When Zheng heard of Xu’s suicide, his entire [week-long] break for [China’s] National Day was shrouded in grief. He could not go outside for days.

Turning feelings into poems; fearing they be read by family

Most of Xu’s early poems were descriptions of life on the assembly line. In “Workshop, My Youth Was Stranded Here,” he described his conditions at the time: “Beside the assembly line, tens of thousands of workers [dagongzhe] 2 line up like words on a page/ ‘Faster, hurry up!’/ Standing among them, I hear the supervisor bark.” He felt that “Once you’ve entered the workshop/ The only choice is submission,” and that his youth was coldly slipping away, so he could only “Watch it being ground away day and night/ Pressed, polished, molded/ Into a few measly bills, so-called wages.”

At first Xu Lizhi found it difficult to adapt to the constant switching between dayshifts and nightshifts. In another poem, he described himself by the assembly line “standing straight like iron, hands like flight,” “How many days, how many nights/ Did I – just like that – standing, fall asleep?” He described his working life as exhausting, “Flowing through my veins, finally reaching the tip of my pen/ Taking root in the paper/ These words can be read only by the hearts of migrant workers.”

Xu once said that he never showed his poetry to his parents or other relatives, “because it’s something painful; I don’t want them to see that.”

Failed efforts to get a job related to books

Although Xu lived in Shenzhen for only a few years, he identified deeply with the city. “Everyone wishes they could put down roots in the city,” he explained, but most migrant-worker [dagong] poets write for a few years and then return to the countryside, get married and have children; Xu hoped to avoid that fate. He tried setting up a street stall with a friend, but failed. He also tried transferring from the assembly line to a logistics position, where he would have more freedom. He understood that very few such poets could get out [走出来]: “[we] have to constantly fight for our lives [为生活奔波]; it’s hard to go any further than that.”

In February of this year, Xu quit his job at Foxconn and moved to Suzhou, Jiangsu. His friend explained that Xu’s girlfriend worked there, but apparently things did not go well for Xu in Jiangsu. He told Zheng that he had trouble finding a job, but he did not go into detail about what happened there.

Half a year later, he moved back to Shenzhen. In an earlier interview, Xu had said that he loved this city, that he derived great pleasure from its Central Book Mall and public libraries. If he were to return home [to rural Jieyang], there were only a few small bookstores, and “even if I tried to order books online, they couldn’t be delivered” [to his remote address].

Due to his love of books, the first job application he submitted upon his return to Shenzhen in early September was to the Central Book Mall. Zheng recalled that Xu had told him, while working at Foxconn, that his dream was to become a librarian. Unfortunately, he did not get the job, and Zheng thinks this was a major disappointment. Two years earlier, Xu had applied for a position as librarian at Foxconn’s internal library for employees, in response to a call for applications, and Xu had been turned down then as well….

Returning to the workshop for one day prior to the incident

Xu was running out of money, so after these disappointments, he returned to Foxconn, beginning work on September 29, in the same workshop where he had worked before. This should have been a new beginning, but it was not. That evening he mentioned to Zheng via online chat that someone had found him another job, so he might leave Foxconn again, but Zheng did not consider this anything special, figuring that Xu would not leave very soon, having just resumed work at Foxconn.

The next Zheng heard of Xu was two days later, when people forwarded the news of Xu’s suicide on WeChat. Zheng could not believe it: “Hadn’t we just chatted two nights ago?” Later Zheng learned that Xu had committed suicide only the morning after they had chatted, not two days later as the media had reported.

Refuting online rumors that Xu was an orphan

[Although it has been 10 days since Xu’s death,] when it is mentioned, Zheng still cannot bear the grief. He thinks that Xu’s suicide resulted from both internal and external factors: not only the disappointments he had undergone, but even more so the solitary poetic spirit in his bones.3

After Xu’s passing, some online obituaries claimed that as a young child he had been orphaned, neglected and insulted until a poor old women adopted and raised him, and that this foster-grandmother had died a few years ago, leaving Xu alone in the world.

Zheng [refuted these rumors, pointing out that] Xu’s writings often mentioned his mother and homesickness. His second poem published in Foxconn People [for example], was called “Summertime Homesickness.”

Xu’s poetry is cold and pensive, directly facing a life of misery. His poems trace a trajectory in which the scent of death becomes more and more pronounced. He had already rehearsed death hundreds of times in his writing, so the final act was merely a small step over the edge.

对此我并不否认
This I don’t deny

我说与不说
Whether I speak or not

都会跟这个社会
With this society I’ll still

眼前的纸张微微发黄
The paper before my eyes fades yellow

我用钢笔在上面凿下深浅不一的黑
With a steel pen I chisel on it uneven black

我不会呐喊，不会反抗
Don’t know how to shout or rebel

不会控诉，不会埋怨
How to complain or denounce

只默默地承受着疲惫
Only how to silently suffer exhaustion

驻足时光之初
When I first set foot in this place

赐我以迟到的安慰
To grant me some belated solace

拒绝迟到，拒绝早退
Refuse to be late, refuse to leave early

多少白天，多少黑夜
How many days, how many nights

我就那样，站着入睡
Did I – just like that – standing fall asleep?

一颗螺丝掉在地上
A screw fell to the ground

在这个加班的夜晚
In this dark night of overtime

有个人掉在地上
When someone plunged to the ground

我跟我爷爷年轻时很像
I resemble my grandfather in his youth

刚开始我不以为然
I didn’t recognize it

后来经他们一再提起
But listening to them time and again

也像同一个娘胎里出来的
Almost as if we came from the same womb

比如我爷爷外号竹竿
They nicknamed him “bamboo pole”

我外号衣架
And me, “clothes hanger”

我爷爷经常忍气吞声
He often swallowed his feelings

我爷爷被活活烧死
and burned my grandfather alive

机台的鸣叫也打着瞌睡
Even the machine is nodding off

没有时间开口，情感徒留灰尘
With no time for expression, emotion crumbles into dust

他们有着铁打的胃
They have stomachs forged of iron

时辰走过，他们清醒全无
Time flows by, their heads lost in fog

还未老去的头晕潜伏生命
In their lives, dizziness before their time is latent

皮肤被治具强迫褪去
The jig forces the skin to peel

顺手镀上一层铝合金
And while it’s at it, plates on a layer of aluminum alloy

有人还在坚持着，有人含病离去
Some still endure, while others are taken by illness

我在他们中间打盹，留守青春的
I am dozing between them, guarding

最后一块墓地
The last graveyard of our youth.

《我一生中的路还远远没有走完》
“My Life’s Journey is Still Far from Complete”

这是谁都没有料到的
This is something no one expected

还远远没有走完
Is far from over

就要倒在半路上了
But now it’s stalled at the halfway mark

类似的困境
It’s not as if similar difficulties

只是都不像这次
But they didn’t come

竟全是徒劳
But all is futile

我比谁都渴望站起来
I want to stand up more than anyone else

可是我的腿不答应
But my legs won’t cooperate

我全身的骨头都不答应
All the bones of my body won’t cooperate

我只能这样平躺着
I can only lie flat

在黑暗里一次次地发出
In this darkness, sending out

再一次次地听到
Only to hear, again and again

绝望的回响
The echo of desperation.

《我咽下一枚铁做的月亮》
“I Swallowed a Moon Made of Iron”

我咽下一枚铁做的月亮
I swallowed a moon made of iron

他们把它叫做螺丝
They refer to it as a nail

我咽下这工业的废水，失业的订单
I swallowed this industrial sewage, these unemployment documents

那些低于机台的青春早早夭亡
Youth stooped at machines die before their time

我咽下奔波，咽下流离失所
I swallowed the hustle and the destitution

我再咽不下了
I can’t swallow any more

在祖国的领土上铺成一首
Unfurling on the land of my ancestors

耻辱的诗
Into a disgraceful poem.

局促，潮湿，终年不见天日
Cramped and damp, no sunlight all year

咳嗽，偏头痛，生老，病不死
Cough, get headaches, grow old, get sick but still fail to die

昏黄的灯光下我一再发呆，傻笑
Under the dull yellow light again I stare blankly, chuckling like an idiot

来回踱步，低声唱歌，阅读，写诗
I pace back and forth, singing softly, reading, writing poems

每当我打开窗户或者柴门
Every time I open the window or the wicker gate

把棺材盖，缓缓推开
Slowly pushing open the lid of a coffin.

每一个生命的消失
The loss of every life

都是另一个我的离去
Is the passing of another me

你替我死去
You die in place of me

我替你继续写诗
And I keep writing in place of you

顺便拧紧螺丝
While I do so, screwing the screws tighter

二十四岁的你立在灰色的镜框里微微含笑
A twenty-four-year-old you stands in the grey picture frame, smiling ever so slightly

白发苍苍的父亲捧着你黑色的骨灰盒趔趄还乡
A white-haired father, holding the black urn with your ashes, stumbles home.