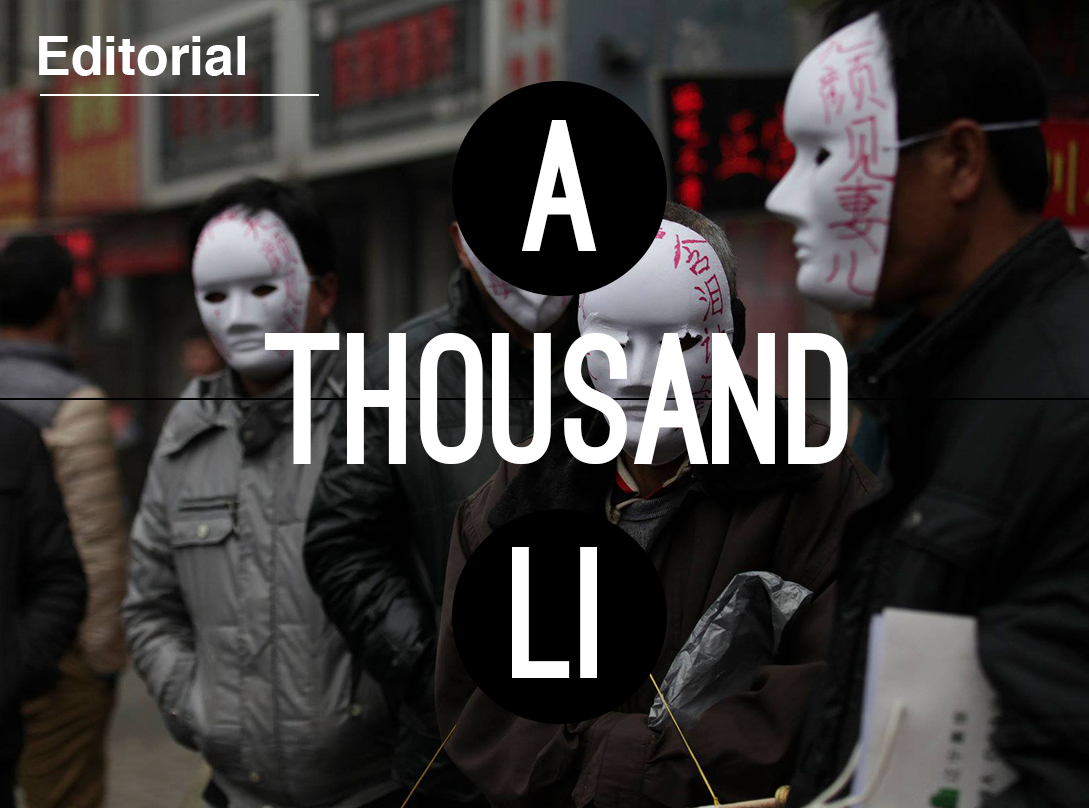 As the Qing dynasty began its slow collapse, thousands of peasants were funneled into port cities to staff the bustling docks and sweatshops fueled by foreign silver. When these migrants died from the grueling work and casual violence of life in the treaty ports, their families often spent the sum of their remittances to ship the bodies home in a practice known as “transporting a corpse over a thousand li” (qian li xing shi), otherwise the souls would be lost and misfortune could befall the entire lineage.

The logistics of this ceremony were complex. After blessings and reanimation rituals by a Taoist priest, “corpse drivers” would string the dead upright in single file along bamboo poles, shouldering the bamboo at either end so that, when they walked, the stiff bodies strung between them would appear to hop of their own accord. Travelling only at night, the corpse drivers would ring bells to warn off the living, since the sight of the dead migrants was thought to bring bad luck. Though itself somewhat apocryphal, new myths grew out of the practice, as the hopping corpses were transformed into jiangshi, vampire-like creatures driven to feed on the life force of others. Their own blood siphoned out of them by the docks and factories, these migrant workers were transformed into monsters befitting a new reality—one of crumbling empires, civil wars and the insatiable expansion of commodities.

Such death rituals and the myths that surround them have long played a central role in the cultures of the East Asian mainland. Funerals were not a ceremony in which the lost were sealed into their own dismal past, but instead one in which the dead became constituent parts of a history forged in the present. Through extensive rites and careful observances, dead generations were transformed into the roots of the living. Transporting corpses over a thousand li was not remembrance, then, but a strange sort of survival. The stiff-limbed dead walked from their factories, traversed countries torn by war, famine and other unnamable sufferings to finally settle amongst their kin in the dust of their homeland, a rural world that had only just caught sight of its approaching oblivion.

Today, China itself has become such a wandering specter. The rural world is dying, yet hundreds of millions of workers still seem stuck between their peasant past and a future that fails to arrive. Two decades of staggering economic growth built on a series of credit bubbles have left a legacy of “development” defined by wastelands of apartment complexes sitting next to half-empty factory cities, each year filled with fewer workers and more unmanned machines. While the elite children of the country’s financial and administrative centers collect sports cars and foreign degrees, the children of today’s migrants are guaranteed little more than the fleeting chance to become yet another corpse crushed to pulp in the factory.

As growth rates dwindle, the country seems nonetheless driven ahead by an undead, mechanical momentum. Workers are laid off with nowhere to return. Ruralites give up their land in exchange for a fraction of the condos built on them, soon losing their value to an inflating currency. Entire landscapes are poisoned by decades of rapid industrial expansion, while urban centers succumb to man-made landslides, earthquakes and chemical explosions. Riots and strikes proliferate, but fail to cohere into anything larger. The working class has been dismantled. Nothing is left today but dead generations united in their separation, shambling through the fire and the dust.

This is the character of the present moment, and it is here that we begin. Chuang is a collective of communists who consider the “China question” to be of central relevance to the contradictions of the world’s economic system and the potentials for its overcoming. For us, this question is not primarily historical. Our interest has little to do with the professed socialism of a country run by a “Communist Party” left over from the peasant wars of last century. Instead, the question raised by China is founded in the present. As a lynchpin in global production networks, Chinese crises threaten the capitalist system in a way that crises elsewhere do not. A bottoming-out in China would signal a truly systemic crisis in which the overcoming of capitalism may again become the horizon of popular struggles.

In this journal, our goal is to formulate a body of clear-headed theory capable of understanding contemporary China and its potential trajectories. In this first issue, we outline our basic conceptual framework and illustrate the current state of class conflict in China. We also include translated reports and interviews with the proletarians engaged in these struggles, pairing our theory with primary sources drawn from class dynamics that might otherwise remain abstract. In general, we see our project as part of the recent revival in Marxist theory in the English-speaking world, sparked by the economic crisis of 2008 and the struggles that followed. More specifically, our theoretical framework is drawn from the work of similar editorial collectives such as Endnotes, Sic, Kosmoprolet and others who speak of communism in the present tense. One of our goals is to expand this framework beyond the US and Europe. At the same time, we hope to add to the global perspective of this theory by examining the implications of Chinese economic trends outside of China.

To understand the living, however, one must first turn to the lost. Though taking the present moment as our starting point, we are also in a way performing burial rites for the dead generations who have populated the collapse of the communist horizon in East Asia. This issue therefore opens with a long-form article on the socialist era, “Sorghum and Steel: The Socialist Developmental Regime and the Forging of China,” the first in a three-part series aiming to narrate a new materialist history of modern China (the next two parts will be included in subsequent issues).

The history we review in this article is not intended to revive old, internecine battles within the left, nor to engage in a game of historical reenactment in which we map out our political direction according to a set of coordinates long ago rendered obsolete. Instead, we hope that our economic history of China can give some insight into contemporary conflicts in the region, illuminating both the inheritance of the socialist developmental regime and the unique limits to any emancipatory project that arises in the world’s largest nation and second-largest capitalist economy, which remains under the control of a regime that still claims a commitment to communism.

This economic history also provides an example of our methods. Rather than treating China as either an ahistorical exception to the norm or a simple carbon copy of the Soviet Union, we narrate the creation of China as such out of a disunited, war-scarred region. Among our central theses is the argument that China itself is a modern invention, defined by the creation of a national economy in the socialist era. Aside from the implications this has for how we perceive that era, it is also important for understanding contemporary intra-class divides as well as the character of Chinese nationalism and current geopolitical conflicts.

These methods are extended to the present day in “Gleaning the Welfare Fields: Rural Struggles in China since 1959” and “No Way Forward, No Way Back: China in the Era of Riots,” which focus on contemporary conflicts in the countryside and cities, respectively. Each are paired with reports and interviews from individuals involved in the struggles covered by the longer analytic articles. In “Gleaning the Welfare Fields” we trace the changing nature of rural class conflicts over the past few generations and outline how the most recent struggles have tended to take on characteristics of urban-oriented desperation. In “No Way Forward, No Way Back,” we examine the recent spike in strikes and riots within China’s industrial zones, analyzing these events as part of the global wave of struggles that included the Arab Spring and Squares Movements in the West.

Throughout the historical portions of this journal, we aim to understand how a communist project seeking to destroy the old world, prevent the advent of capitalism and build a new, alternative future was itself transformed into a mere developmental regime. This experiment emerged and evolved under a particular political horizon inherited from both the European workers’ movement and the region’s own history of millenarian peasant revolt—a horizon structured by the material conditions of a newly-industrial, rapidly expanding capitalist system. In our articles focusing on the present day, we examine a China in which these conditions no longer hold.

When this horizon ultimately closed, it did so not due to a loss of faith, a factional shift or some sort of moral betrayal, but because its conditions had changed. The closure of this horizon also ensured that most of the communists navigating by it soon found themselves unmoored, trapped within a developmental project that depended upon the suppression of remaining emancipatory potentials for its own survival. Others were rendered into obsolete sects, obsessed with the worship of long-lost revolutions. Today, being communist means accepting the reality of these failures, but also recognizing that this old horizon has disappeared in its entirety, while a new one has yet to (and may never) appear. This means that our communism differs in fundamental ways from that of the last century. Nonetheless, like them we are attempting to navigate out from under a series of crushing contingencies. Weighed down with the dead, this is the beginning of our thousand li.